The basis of organic search engine optimization is the same as it always has been. Google’s objective was always to provide the most relevant results to its users, but its algorithm was not always advanced enough to do it.

You can seperate best SEO practice into two categories:

By 2013 and after the infamous Penguin algorithm update, the technology had become good enough to reward the most relevant search results, rather than the ones who were the best manipulators. This was always Google’s goal, but it did not become possible until 2012-2013.

To use an analogy, implementing organic SEO is like being a reputable farmer. White hat techniques will help grow the best crops, while black hat techniques will produce harmful results. While the harm may not be immediately noticeable, it manifests later on. Think of using chemicals in crops to make them grow faster. While the short term gains might be appealing, the long term consequences will create sickness and lawsuits. SEO works in a similar manner.

Most of these platforms existed even in B.P. times. The difference now is that the algorithm is more complicated and superior in delivering the results it covets. Cheating is now enforced more regularly, and as Google’s algorithm continues to evolve, you can expect those following best practices to continue be rewarded progressively through the next 1-5 years and beyond. HVAC Webmasters can of course handle all of these tasks on your behalf for optimal rankings.

Google is getting close to the point where the DA score from Moz is irrelevant. Since Google is the end all be all of digital marketing, it is advancing covertly while some companies like Moz are merely trying to keep pace. Google is likely looking at metrics that Moz is not even aware of to determine their final scores and produce rankings. That doesn’t mean inbound links don’t matter, but you can bet that following Google’s best practices for linking will continue to be rewarded over time. So while DA may not be dead, it’s not a metric you should bet your business on. So what metrics might Google be looking at instead?:

HVAC Webmasters does research and attends conferences to stay on top of the latest SEO trends. By choosing to invest in our marketing plan, you’ll always keep pace with Google and the latest optimization advancements. But remember, the core foundation of organic SEO has remained the same. Old school organic SEO can still get you ranking at the top of search results, but you need to adapt to the algorithms’ evolution throughout the years past, and the years to come.

Hello! If you have any questions, leave your info below and we'll call you. 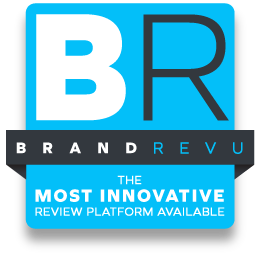 The Secret SEO Weapon for HVAC

By signing up you agree to our terms and conditions